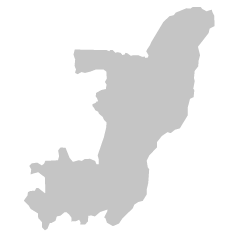 Significant growth for Newrest Congo in a difficult international background, marked by the sharp drop in oil prices.

With close to 140 employees, Newrest provides the Congo with more than 840 meals every day.

Thanks to the highly motivated teams on site and recognized quality service, Newrest Congo has become a key player in the Congolese catering industry.

Despite this situation, the local teams with the Group matrix support were able to nd growth elements in new activities. In 2016, Newrest Congo won a contract with TEPC for catering for the Likouf from South Korea as well as for three other units: Halani, Yanga and Chancellor. A multi-cultural Newrest team (5 nationalities including Congolese) provided on-board services while the Likouf was being towed between South Korea and Congo. As soon as it arrived in Congo, a local team successfully took over to provide services on-board the Likouf FPU.

2017 also saw Newrest Congo efforts rewarded by Bourbon Offshore Surf which placed its trust in it to manage their Guest House: the Congolese teams provide catering from the dedicated kitchen for around forty places at the Guest House and meals for Bourbon teams in the Surfer boats.

Newrest Congo objectives for 2017-18 are geared towards more aggres- sive conquest of the market while controlling costs.

The new operational team and the QHSE department enabled Newrest Congo to maintain a high level of customer satisfaction, which should help to guarantee a long-term future for current contracts and to reach other potential customers.