Thanks to an idea from our contract administrator at Universidad Autónoma, an experiment has been launched to give young people the opportunity to know the working world. An adaptation process has been introduced to prepare them for a job opportunity and, in turn, to allow them greater independence, a financial contribution to their home, or even better to become an integral part of society.

With the Department of Corporate Social Responsibility of Universidad Autónoma, the necessary support has been obtained to give this initiative a run, so that students can do their internships in the institution’s restaurant, administered by Newrest.

The response was positive and largely supportive of this idea, forming a collaborative alliance between the three institutions.

The first step was the organization of guided tours for young people to know the facilities of the dining room, reserves, cafeterias, etc. during the month of August 2017.

During the second stage, a practical course was organized: the young people were able to prepare a preparation, which they later shared.

Then the courses began, initially alternating between the School and the Universidad Autónoma. 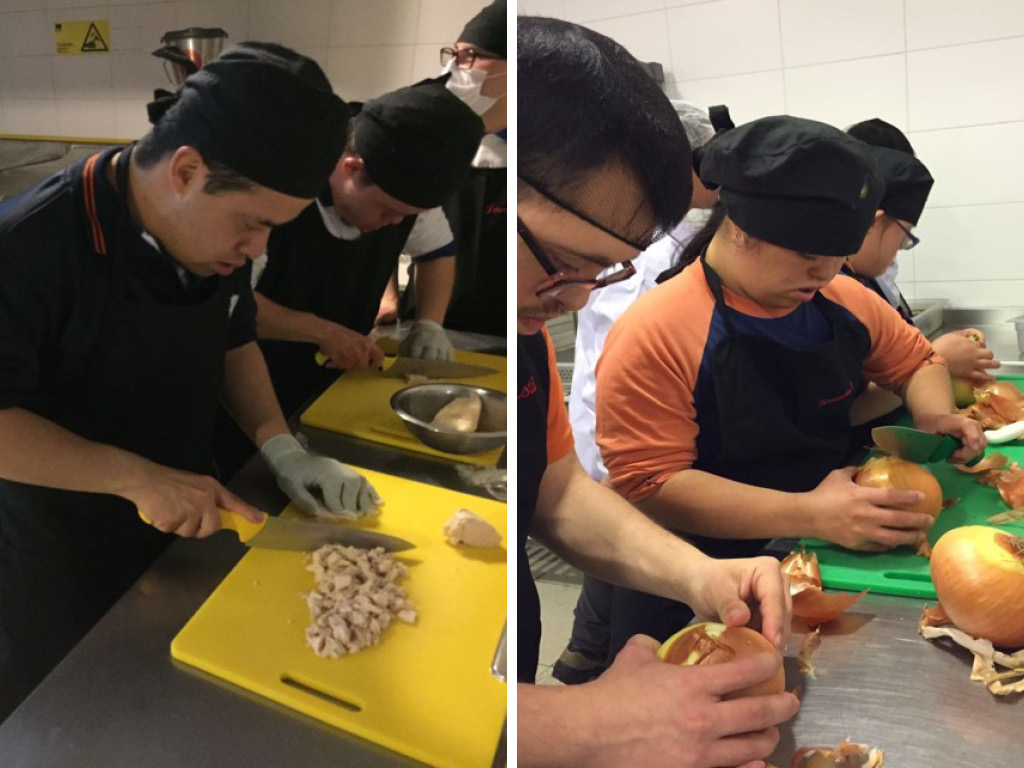 The time and distribution of activities have gradually increased so that young people adapt to working world. Today, they go to school alone, without their family company, so being in another environment is something very new to them.

These courses began on October 24th, 2017 and until now the adaptation of young people has been very successful: they have been able to integrate into the working world, different from the school environment, and within Newrest teams.

The areas in which the courses are developed are: restaurants and the kitchen area, as young people rotate between sectors to perform different tasks.

Finally, Newrest and the Anadime Special School have signed an agreement that will contribute to the development of these young people and promise them a future more integrated in the working world, considering the new integration Act, or perhaps even make part of a business.

Local employees were actively involved in the first phase of this project.

Newrest Chile is proud to be a company whose integration policy was introduced before the entry into force of the Integration Act. The integration of employees with different capacities has already enabled the subsidiary to: