Total Gabon has launched a call for tenders for its remote site management needs on its offshore platforms. An extension until the end of May 2021 of its previous contract with Newrest was put in place following the difficulties encountered by the players during the global pandemic. It is finally with the same partner that the world-renowned energy company has decided to continue its services. Newrest's expertise in Africa in this field of activity was an important factor in winning this contract.

Total Gabon and Newrest have been partners in the remote site management of the oil company’s offshore platforms since 2015. As Total Gabon’s tender was held up by the health crisis, Newrest maintained its services for the energy producer until it made its decision. Newrest finally won the contract. The Group thus extends its partnership with the leader in Gabon.

Since June 1st, 2021, date of the new contract, Newrest has been providing hotel management (cleaning and laundry) and catering services for the living quarters on the offshore sites of Torpille (TRMPFQ) and Anguille (the barge OTTO2). They have a maximum accommodation capacity of 55 people for one and 290 people for the other, with an average of 260 in 2020. Amongst the residents of Anguille, 30 are Newrest employees providing quality catering services on the barge-hotel. The workforce at these sites is made up of Total Gabon staff and its subcontractors.

Newrest won this highly competitive tender against strong local and international players. Gabon remains an attractive market where its players evolve in a competitive environment.

The competition for this tender is legitimate. Total Gabon is the leading Gabonese company and has been a partner in the country’s oil development for 60 years. The leader is also in a dynamic of change and transformation. In this momentum, the Total group is changing its name to TotalEnergies. This motivates the actors of the remote site management to accompany Total in its success.

Recently, Total Gabon had recommended Newrest’s know-how for the management of the hotel-barge ELISA to ABC MARITIME. The investment on DNV 10′ certified containers was also a decision element for Total Gabon. Newrest congratulates its collaborators for these great successes which have demonstrated the Group’s expertise and led to the conclusion of this extension.

Today, Newrest has a recognized logistics expertise in several African and Middle Eastern countries. The Group is capable of transporting foodstuffs and essential equipment in hostile environments, with a real strength of adaptation and a remarkable diversification of services. Newrest has with this partner a service provision for Angola offshore on the FPSO Dalia & Girassol hotel barges located on block 17. 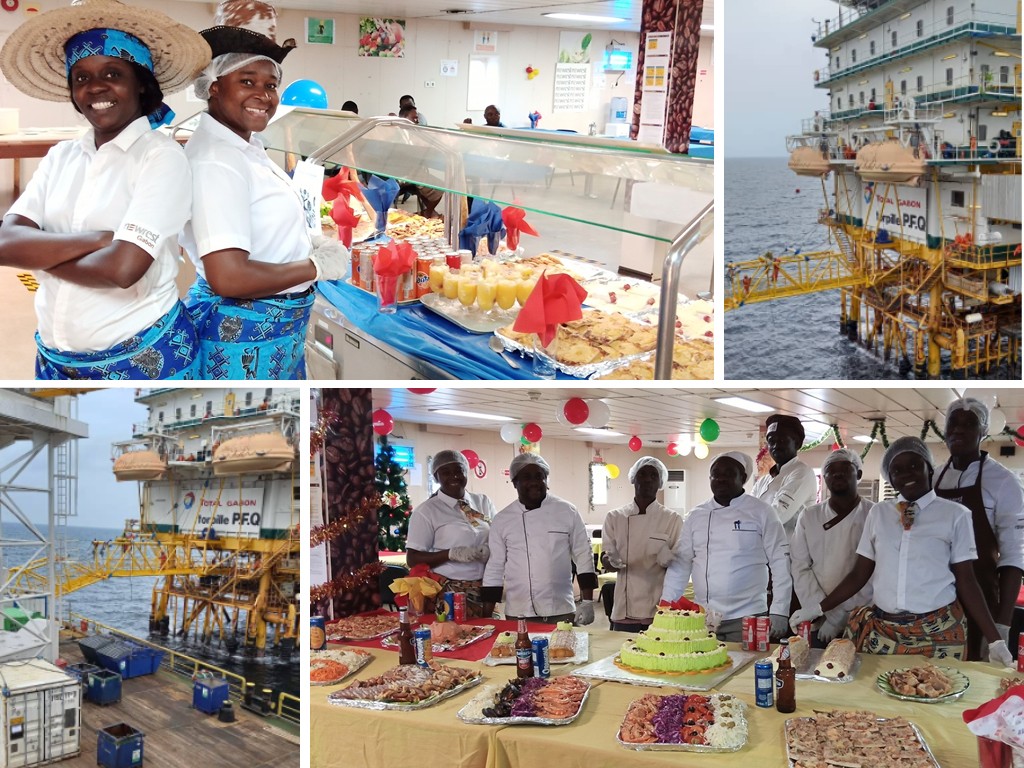