To do this, teams of Newrest Gabon have multiplied awareness displays for guests in our restaurants. Sorting tables already existed on a large number of our sites, so we accentuated the display with the help of the matrix teams. This comes in addition to the weighing of waste already carried out on our sites for several months. We have created the local furniture “Recover’Pain” and have decided to innovate by adapting after validation of our marketing teams, the furniture “Gachi’Pain” furniture “Gachi’Riz” because rice is the food most consumed and therefore the most wasted on all our sites.

For the second year in a row, Newrest Gabon central kitchen teams will provide balanced meals to students and teachers at the Lycée Français Victor Hugo in Port-Gentil. For the occasion, on September 10th, the teams presented their parents with balanced menu proposals as well as the new snack menu (sweet and savory snacks).

Unlike last year the meal will no longer be composed of a starter, a hot dish, side dishes and a dessert but this year it will be a “unique dish and accompaniments” price reduced. Last year we found that the complete formula did not correspond to the students (too rich, too different from their habits, wasteful …). Portion examples were also presented to parents to visually present the preparations.

A new formula has been put in place for this year: a weekly snack menu of 10 hours. Indeed, we noticed last year that many students tended to eat sweet and savory snacks at 10am. Their choices were mostly for burgers and sandwiches. We have therefore established a balanced snack menu for 10 hours, which allows us to make students aware of not eating too much sandwiches, burgers, fries outside of meals. 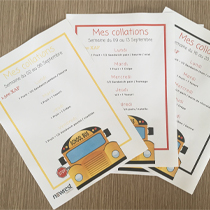 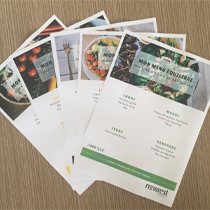 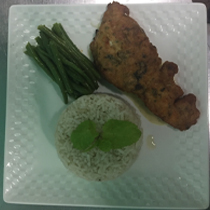 For this new year, dietary sensitizations will again take place in classes from 6th to 2nd. During this meeting with parents, food waste and waste sorting were also discussed, which allows us to set up this year within the Lycée, the “Newrest Planet Pack”.

We plan to install very soon a dynamic screen to scroll our actions within the LFVH (sensitization, tastings, week of taste …).