In July, everyone involved in Daily Break concept launching in Gabon was able to see the value of the efforts made for the opening. After months of preparation, the Newrest team in Gabon is proud to open the doors of their first Daily Break coffee shop in Port-Gentil.

Daily Break offers a lively and contemporary atmosphere typical of the mythical New York coffee shops. The concept is an invitation to relax and escape of the craziness of life. Newrest’s concept is based on a simple, complete, and balanced restaurant offer. Hot homemade dishes and gourmet snacks are available on the menu.

The opening of this new New York style coffee & snack space required a lot of energy. It was important to respect the specifications for projects with a defined concept. In this respect, Newrest’s Marketing and Digital teams in Toulouse were a great help to the operations deployed in Gabon. The team spirit that is part of Newrest’s DNA was once again illustrated in the deployment of the concept in a new country.

This concept illustrates Newrest’s logistical capacities as well as its culinary know-how. It also depicts the commitments made by the Group to society since 2020. The promotion of local and responsible purchasing is highlighted with Daily Break.  As well as the investment in a collaborators diversity which represent a globalized society in this global approach. Finally, talent management through integration programs is promoted in Gabon through this concept.

For the interior design, the teams have called on many local companies, both for the structural work and for the equipment, furniture, and decoration. The participation of the local economic ecosystem is thus committed to this project. The coffee, placed at the heart of the concept designed by the Group, is locally produced, and operates with an authentic espresso machine. In addition to providing all Port-Gentillais with a new culinary experience with take-away or on-the-go meals, this outlet also aims to become a training center of excellence for all Group’s bakers and cooks who operate on offshore and onshore Newrest sites. 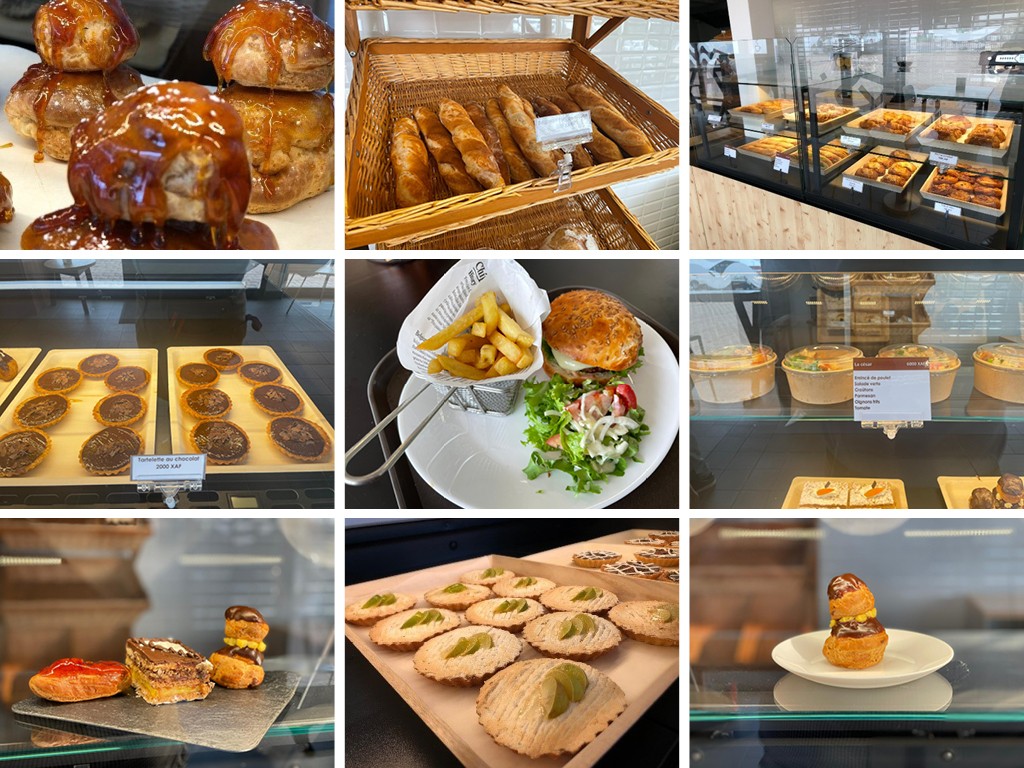 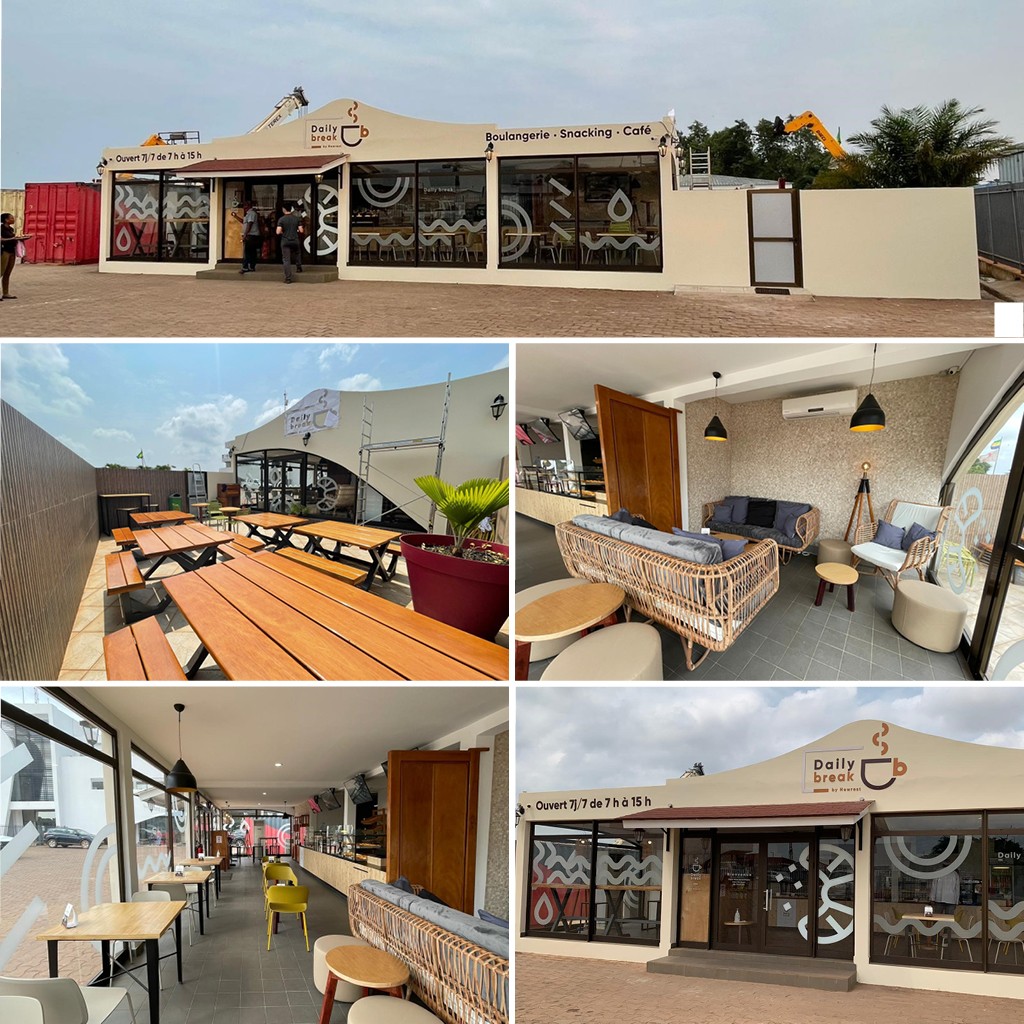