The third edition of the Franco Ugandan Friendship Week, created by the Ambassador of France in Uganda, HE Mrs. Stephanie Rivoal, took place from March 16th to 23rd. This week consists of different events that take place each evening.

Newrest UIS contributed to the success of this event by serving two dinner cocktails on March 20th during Defense Day and March 23rd to VVIP guests attending the closing match between the Ugandan Rugby Team and the Pacific XV.

Newrest objective was to promote our brand, our know-how in order to position ourselves as a key player in Uganda catering, where the economic activity has a bright future ahead of it, due to the oil exploitation project currently under way. square. 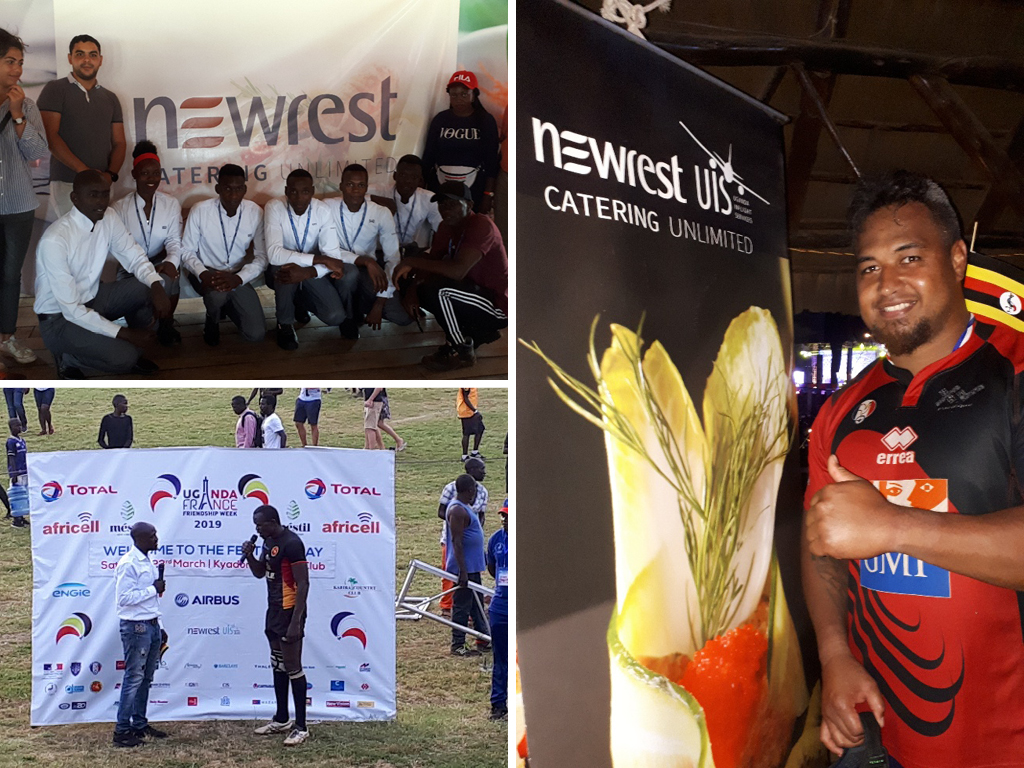