Newrest signs a multistation contract with Air France/KLM thanks to a mature network of inflight catering units. This is the result of a historical relationship started in Toulouse in the 1990s between the two service providers.

Focus on the symbolic relationship between Newrest and Air France/KLM

Air France/KLM is a company that has participated Newrest’s growth, throughout its expertise development in inflight catering. The airline participated in its biggest steps of success. Over the years, both partners have demonstrated trust and maturity in their relationship.

The story between Air France and Newrest began in the late 90’s in Toulouse. At that time, the caterer was just starting its activities. The airline had already decided to entrust the mission of its inflight catering services to the young and dynamic market outsider.

This trust was then reinforced with a partnership signed in 2010 in Canada. It led to a beautiful development until the provision of services throughout all Canada, except Vancouver airport, in only 4 years.

Three key assets can justify this symbolic relationship: the knowledge and understanding of Air France/KLM services, Newrest’s operational expertise in on-board catering proven over the years, and the constant evolution of its network of units. It allowed both actors to start a new service partnership in 2018: for the first time, Newrest and Air France/KLM collaborated in South America, in Lima, Peru and Bogota, Colombia. The launching of the service partnership on this continent opens a new era: Newrest and Air France/KLM are now collaborating in all four corners of the world.

This dynamic leads to the signature of a contract between Air France/KLM and Newrest: a multistation inflight catering contract covering several destinations in South America. Inflight catering services will be provided to passengers and crew. It will start in April 2022.

Within the framework of this partnership, Newrest teams will provide logistics and on-board catering services to more than 2,000 Air France flights and almost 1,300 KLM flights per year.

A challenge adapted to Newrest teams’ know-how and their mature operational network on multiple stations. 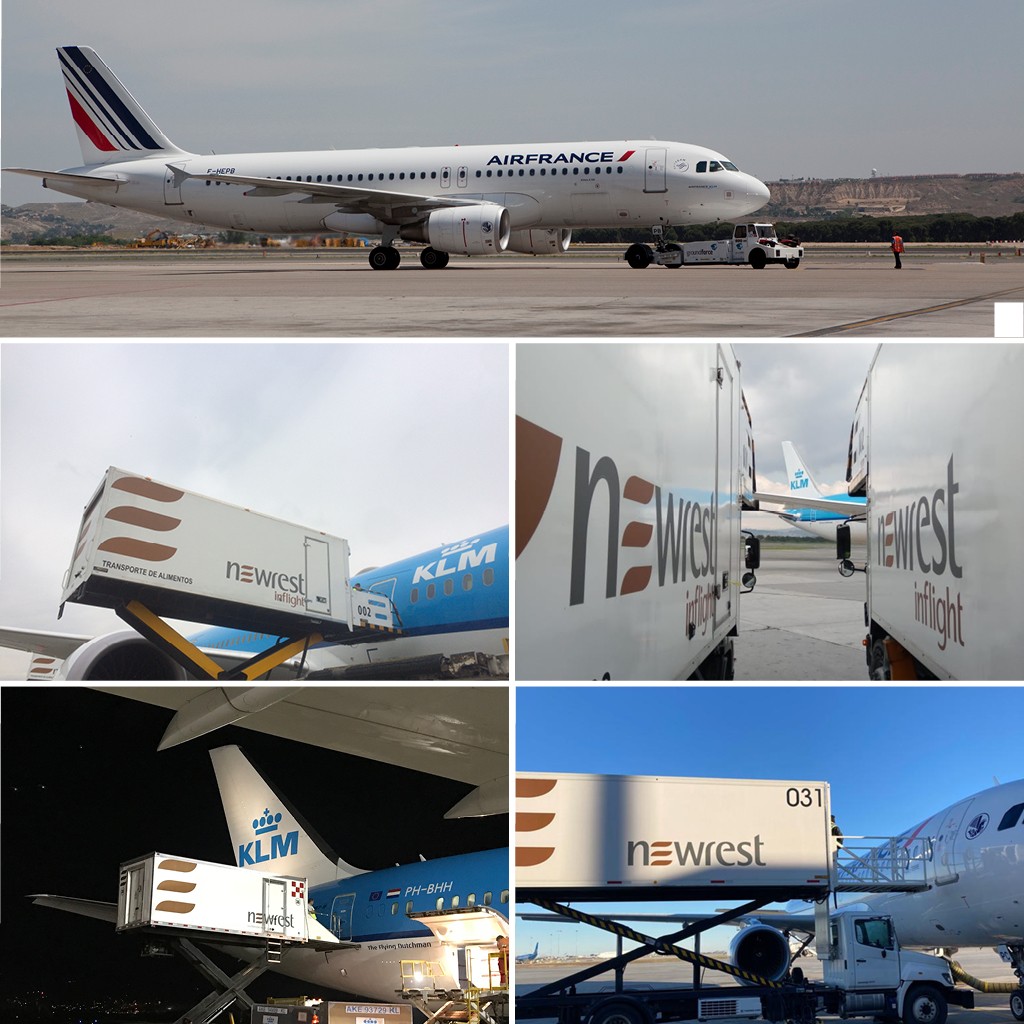