Fly'Eat is a digital solution developed by Newrest's Digital Lab. It enables pre-ordering, control and order flows management, their traceability and interconnection with on-board sales systems through QR code identification. It is offered as a white label directly integrated into the airline's customer path. By signing a first contract with World2fly, the Group is deploying its independently developed tool for the first time.

FLY’EAT, the digital pre-ordering solution that revolutionizes the consumer path of Newrest’s partners

Thanks to Fly’Eat, the consumer can order products from the airline’s catalog before the flight. This order is integrated in Winrest which is the Newrest’s ERP. It is then loaded on the plane. The airline crew takes care of the delivery of the products. This white label solution marks a turning point in the innovation of the Group’s inflight catering offer.

The solution has won over World2fly with its discretion and agility. It is directly integrated into the passenger’s experience. Indeed, after purchasing a ticket, the passenger

can enter a pre-order platform. The consumer taps his flight number and date of flight and then accesses the catalog available for his flight. During the purchase process, Fly’Eat performs several reference checks, including the validity of the order. The Fly’Eat tool can filter orders by flight and prepare them accordingly. 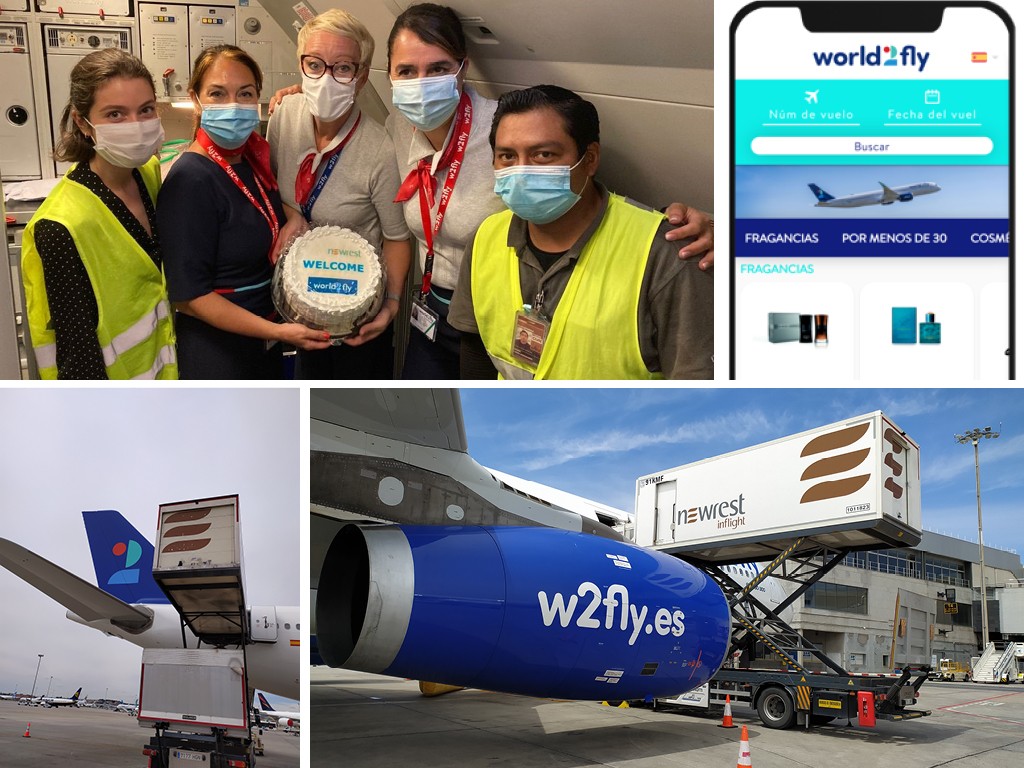 Newrest is starting its partnership with W2fly in Cancun by offering inflight catering services based on sustainability. Seasonal products are featured on the menu. All services are offered using sustainable materials, such as sustainable cardboard boxes and cutlery made from avocado seeds.

Hot meals and cold breakfasts for economy class passengers as well as the possibility to choose pre-ordered premium dishes are included in the services offered by Newrest.

World2Fly is supplied by Newrest from 3 hubs: Madrid, Cancun, and Lisbon with destinations to the Caribbean. From Madrid there are 4 World2Fly flights per week: 2 to Cancún and 2 to Punta Cana. From Cancún there are two weekly flights to Madrid. Finally, from Lisbon, Newrest operates one flight per week to Punta Cana.

The Newrest teams are delighted to see their range of services evolve and take a new step towards digitalization and innovation of the services offered. While the service provided to World2fly tends to evolve thanks to a QR code technology allowing to follow the evolution of the sales process, the opening of the solution to other airlines is expected.