On last Monday morning at 05 hours 16 minutes 07 seconds (Paris time), under cover of night in Brazil, Fabrice Amedeo and Eric Péron have cut the finish line of the Transat Jacques Vabre. After 14 days 16 hours 01 minute and 07 seconds of racing, the Newrest – Art & Fenêtres men held tenth place in the Bay of All Saints after a thrilling final. 48 hours later, the sailors of Newrest – Art & Fenêtres are finally awarded the ninth place in Salvador de Bahia!

Good news that can be explained by a clear rule applied by the jury of the event. During the race, four duos had to deplore the break of the engine sinker involving a 1 hour and 30 minute penalty. Fabrice and Eric, their competitors from PRB and 11th Hour Racingdeclared this incident during the Transat and realized their penalty at sea, before the passage of the equator as the rule wanted.

A competitor, Bureau Vallée, told the jury that he had experienced the same mishap when he arrived in Brazil. As a result, the organizer applied the 1 hour and 30 minute penalty on the final order of arrival. Result, the latter retrograde from eighth to tenth place and Newrest – Art & Fenêtres finished ninth, 41 minutes after Sebastien Simon and Vincent Riou (8th). 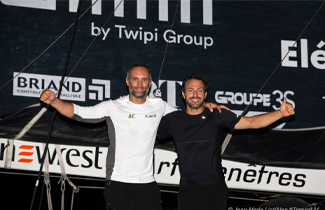 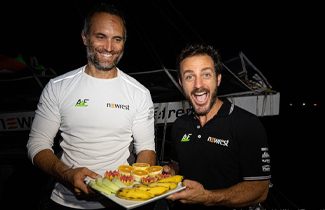