Initially scheduled in 2020, the tournament was finally held on March 25th. The 16 teams present are the main French companies established in Qatar.

Postponed for 2 years because of the pandemic, the tournament could finally take place before the beginning of Ramadan and the strong heat.

Let’s remember that Touch Rugby is rugby without shocks or tackles, a particularity that allows its mixing until the competition. The Newrest Gulf team, called “Les toqués” (wearing a chef’s hat) – and which bears its name well if we believe the pictures – has fought its opponents throughout the day. As the rugby spirit, the atmosphere was friendly and warm. Competition and conviviality were the order of the day, for a successful Touch Rugby tournament.

A positive outcome for a day that kept all its promises. It allowed to strengthen links between the participating French companies and the employees among themselves. 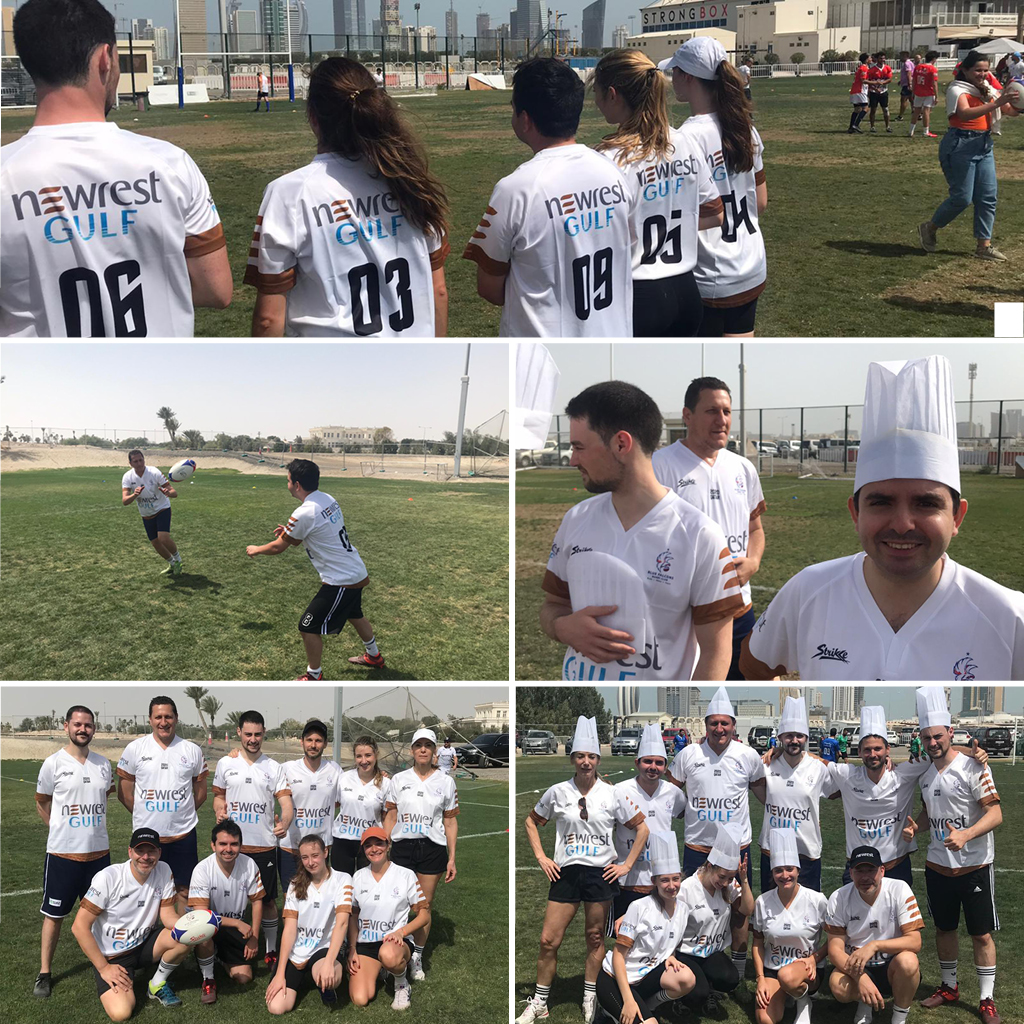