On June 1st, the inhabitants of the area around Rungis and Grand Orly discovered the opening of a new restaurant coming from the Boco concept. This time, the Boco brand takes the form of a Dark Kitchen. Behind this restaurant are the teams of the Newrest production unit in Orly. The launch of this new Dark Kitchen is just one more step in the foodtech turn the Group has been taking lately.

The Boco concept sets up as a Dark Kitchen in Rungis, France

Since June 1, residents of Rungis and Greater Orly have been able to have the Boco concept delivered via the Uber Eats platform. Boco is a French restaurant chain created in 2011. It offers dishes signed by multi-starred chefs and great pastry chefs. Boco’s cuisine stands out for its sustainable commitments: seasonal dishes are served in fully recyclable glass jars. The restaurant concept exists in Paris, Bordeaux, Lyon and Montpellier.

Newrest’s kitchens are behind this virtual restaurant. The Orly production unit prepares dishes on delivery and on demand from 10am to 2pm, from Monday to Friday. This unit exploits its surface area by dedicating it to online sales under the effigy of a virtual brand feded by social networks: Boco Rungis.

The opening of this Dark Kitchen is particularly aimed at the ICADE business park, located not far from the premises. Although the project relies on the park’s employees to order during their lunch break, teleworkers as well as inhabitants of the ditrict can also access these services. The Dark Kitchen concept refers to a restaurant without table service. It therefore offers its catering services only on delivery, while maintaining its own brand status.

The Dark Kitchen concept : a direction taken by Newrest with Boco Rungis for its foodtech influence on the market

In its article on its partnership with Nestor, Newrest announced in mid-April that it would soon be positioning itself on the Dark Kitchen market. This is now a reality for the Group, which is launching its first project in B2C delivery services with Uber Eats. This is the first time in the world that Newrest is involved in this type of service. After numerous e-lunch solutions in countries such as Canada, Portugal and France, the Group is moving up a gear. Among the players involved in digital lunch solutions are A Marmita, Food Relay, Eat Tasty, Take It Easy (Newrest’s own brand of ready to go), and other key players in France.

Newrest’s Dark Kitchen twist is a further affirmation of its ambitions as a player involved in the foodtech trend. By opening a virtual brand producing hot and on-demand services thanks to Uber Eats, Newrest is making a strong appeal inviting its ecosystem to follow the progress of this project. The overall “Dark Kitchen” project is still in its early stages of development and is aiming for new levels in the coming months.

A multiplication of such initiatives is therefore to come. Newrest’s interest in digitizing its offer is based on strong innovation goals. The partnership with the Boco brand confirms and materializes these ambitions. 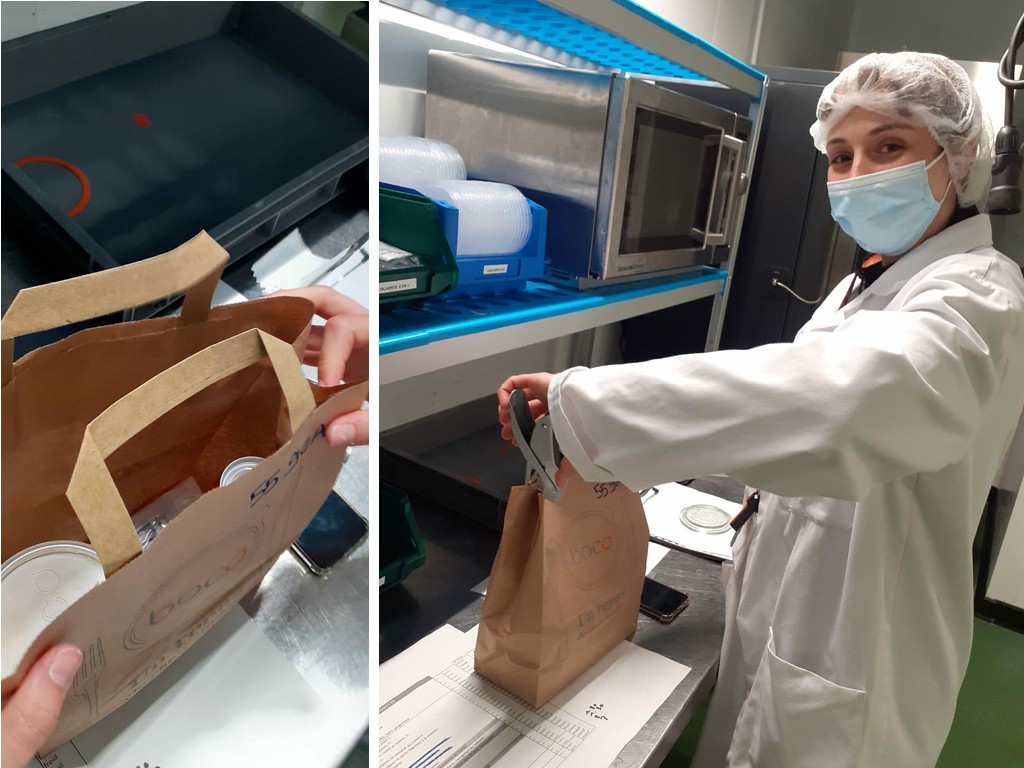