Newrest has established itself as the partner of choice for the wiring industry in the Maghreb while the machining market is very competitive and demanding in this region of the world. The recent re-engagement with the major company Leoni in Tunisia confirms the Group's ability to deliver quality contract catering services to the wiring industry.

Newrest has a long-standing relationship with Leoni. The first service for the wiring company dates to 2005. Despite a break between 2012 and 2021, Newrest is renewing its relationship with the German. They have concluded two new contracts within 5 months.

At the beginning of January 2021, a first mobilisation took place on the site of Menzel Hayet in the Monastir region. This industrial and B&I site was a new and very competitive market won by Newrest teams. It includes 1,500 meals per day. This site hosts the Newrest Daily Break concept.

On May 15, 2021, Newrest opened a second unit with Leoni on the Mateur SUD site, in the Bizerte region. This new agreement reinforces the trustworthy partnership between the two companies. Still on a B&I and industrial segment, Newrest offers on this site a classic contract catering service and a cafeteria. On this site, it is respectively “Les petits plats du Chef” and “Daily break” concepts that are promoted by the Group. This site initially had a capacity of 4,500 meals, but is now limited to 3,500, due to the current health crisis.

In Tunisia, Newrest has been offering its corporate catering services since 2012 to another player in the wiring industry: the Japanese group Sumitomo. The company’s SEBN Jendouba site is in the Beja region. The concessionary catering concept “Les petits plats du Chef” serves 3,400 covers daily. 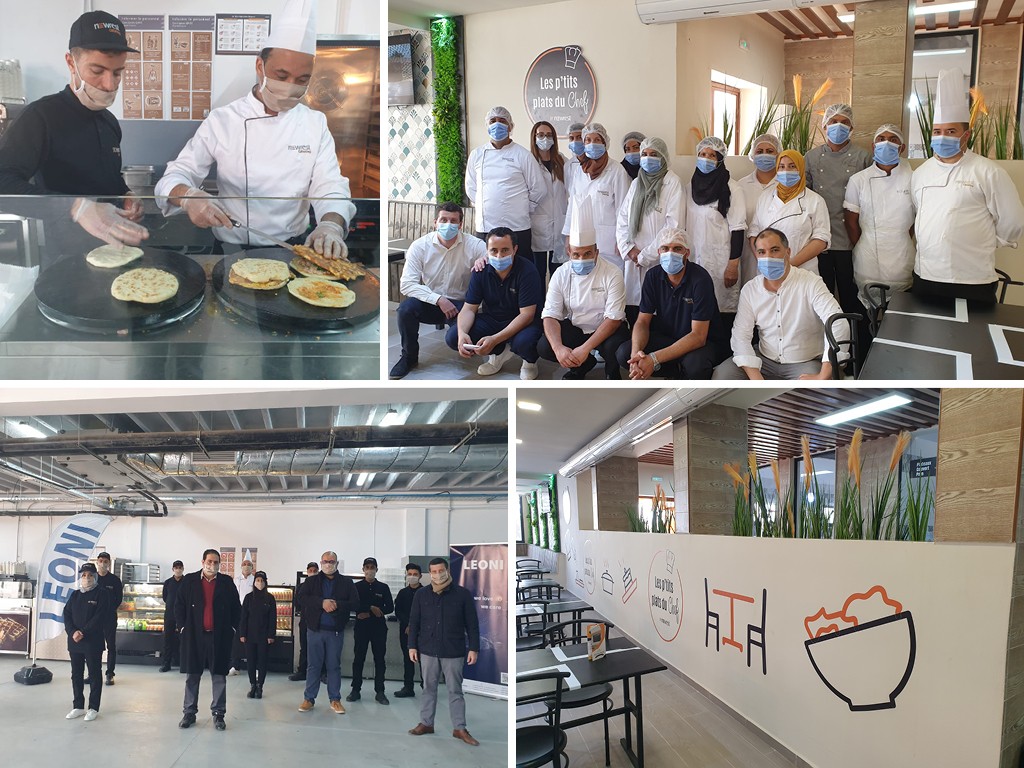 In Morocco, Newrest is a competitive player in the catering market of the industrial wiring sector

Newrest works with two major companies in the wiring industry in Morocco: the Sumitomo group under its brand name Sews and the Lear Corporation group.

With Sews, Newrest produces the catering for employees on 5 sites located near Rabat. For each of them, Newrest won this new market with a total of 10,000 daily meals. Long-time partners, the first site opening with Sumitomo in Morocco took place in 2010.

The partnership with the Lear group includes 7 sites benefiting from Newrest’s expertise in contract catering. All of them are in the Tangier region and serve 15,000 daily meals through the “Le petits plats du Chef” concept. The contract at large started in June 2020, but the history of the relationship between the two companies starts in 2014 with the opening of the first site.

By working with recognised players in the Maghreb, Newrest is enhancing its competitiveness as the player of choice for contract catering in the automotive machining and wiring market. Newrest intends to continue to position itself in this promising sector in Morocco and Tunisia.