Following the celebration of the airline 20 years anniversary, Aegean Airlines released on February 12th its new logo, new colors and new Neo 320 aircraft during an event gathering 600 people at their Airport Technical base in Athens.

Newrest is very proud to have serviced the first aircraft of its new fleet which operated the Athens -Munich route. In total, the airline is due to receive 46 new A320neo and A321neo aircrafts by 2025 and is the largest private investment in Greece, totaling $ 6 billion. 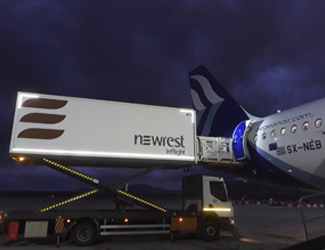 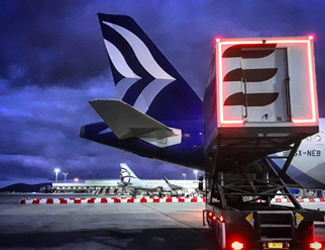 The company,  in 2020, will receive a total of 6 aircraft of the new type, three already completed to fill a fleet of 65 aircraft, adding 1.5 million seats (19 million seats per year) and supporting expanding its network to a total of 155 destinations and 44 countries by 2020. The three new aircrafts started operating in February.

The first flight on February 14th was performed successfully in an atmosphere of enthusiasm by the personnel of both companies for the new era of the largest Greek airline!