On the occasion of July 14, requested by the French Consul, Newrest Gabon organized all the catering part of the French National Day at the Consulate of France in Port-Gentil.

On this occasion, Newrest Gabon ensured the catering during two distinct events:

The services were prepared from Newrest’s new central kitchen, which produces daily for the US Navy stationed at the naval base of Port-Gentil. 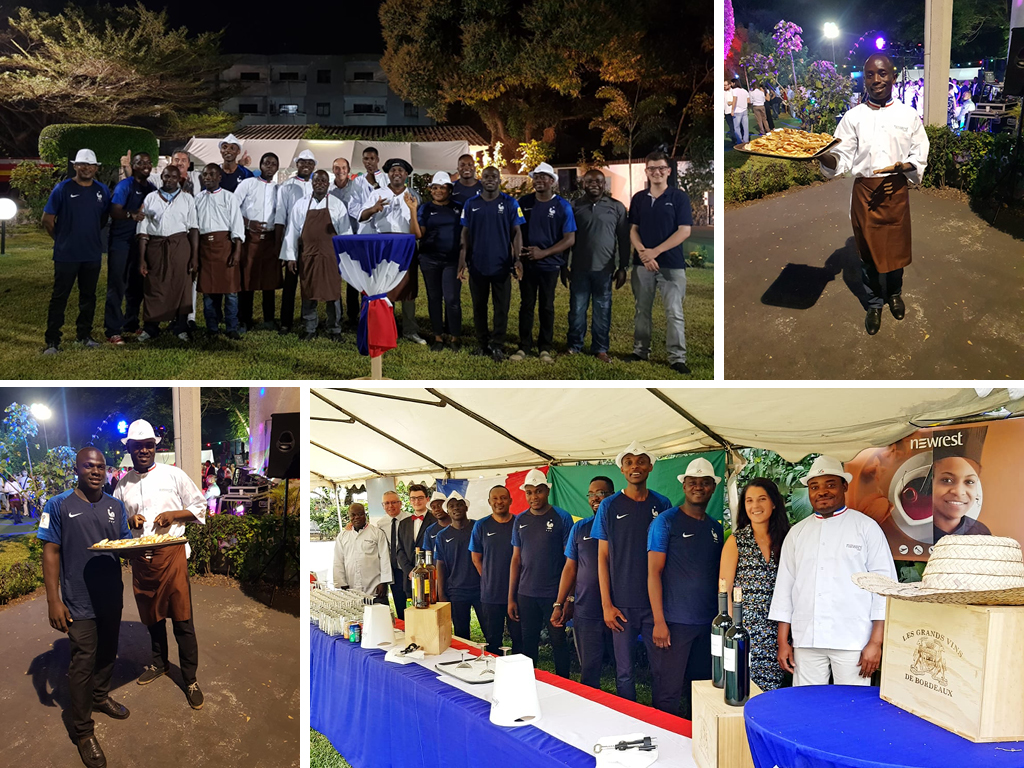